Take Me to Heart. 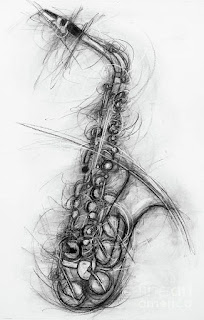 I can still see my dad coming through the door with a big grin on his face. It was the fall of 1981, and he was carrying a record in his right hand. The sight was quite familiar because back then, dad worked at a radio station and he made a habit of “borrowing” records overnight. He would tape them on a scrap tape, then add the song to the mixtape in his expansive musical library where he thought it sounded best. The next morning, he would slip that record back into the pile at work and act as if he never had it in the first place. On this particular occasion, it was a group called Quarterflash that had put a smile on his face. He was barely through the door when he began telling me about the song and how I had to hear it, right then and there.

I followed Dad upstairs and curled up in his big green armchair as he fiddled with his turntable before turning to put his headphones on my head. I had just turned ten and was already familiar with Quarterflash. We didn’t have MTV in our area yet, but Casey Kasem’s American Top 40 was on TV every weekend, and I had caught a glimpse of their video. Technically, I wasn’t allowed to watch videos, so I had to act clueless as dad explained that the saxophone player, Rindy Ross, was also the woman singing. He was really excited to hear a woman on the radio playing the sax, and I was equally excited because this was another song that Dad and I would now share. Hundreds of songs would pour out of his speakers each week, but the ones that he specifically wanted me to listen to with him, those were permanently special. I soaked up his excitement until the music started, and then I sat listening, just melting into the saxophone and the raspy vocals of “Harden My Heart.” I looked at dad, and he knew that I totally got it. I couldn’t put my reaction into words any better than he could, but I shared his excitement.

It also reaffirmed my love of the saxophone. For most of the ‘80s, any pop song that really hit on Billboard’s Hot 100 had a sax solo in it. Foreigner’s “Urgent,” Men at Work’s “Who Can It Be Now,” Sade’s “Smooth Operator”—the list is endless, but in all of those songs, only one band featured a woman on sax: Quarterflash.

Thirty-eight years later, nothing really compares to the feeling of finding a piece of music that, for whatever reason, resonates. It’s private and it’s personal, yet it’s a feeling that millions of people understand without any explanation. If it has a sax solo, well then, it’s probably even better.