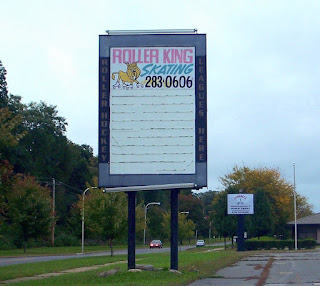 When I was a little kid, I couldn’t wait for my senior year of high school. The idea of adulthood and being able to make my own decisions seemed incredibly exciting, and so I was sure being in 12th grade was going to be fantastic. When it finally arrived… boy did I have it all wrong. Instead, I was greeted with classes that I hated, friends that betrayed me, and home life that was the polar opposite of what I actually needed. Worse yet, the internal battle with myself was just starting to rise up.

Being a few months from graduation and on the cusp of adulthood really freaked me out because I felt like I was the only senior that didn’t have a plan for what they were doing next. Everyone around me was heading off to college or going to work full time for a company that sounded great, and here I was, clueless. I spent every afternoon of my senior year in a cosmetology class at a tech school, but I knew that I wasn’t going to devote my life to wrapping spiral perms and applying the perfect color to anyone’s head (other than my own). Working in a salon at seventeen made me realize that it wasn’t a real career choice for me. The class itself was pretty cool though. I mean, you had twenty-five girls literally being graded on doing each other’s hair while listening to the radio!

Tech school classes were a combination of kids from ten different school districts, and that meant that I always knew what was going on in the other schools around town. More importantly, I always knew what bands were coming into our town as a last-minute stop before playing in a bigger city like Philadelphia or New York, both of which were just two hours away. The local skating rink had seen business dwindle as the end of the decade approached, and in a stroke of genius, they began bringing in bands that were just breaking through nationally. Rock groups like Winger, Trixter, and even Ace Frehley all put on great shows in this unsuspecting little venue, but the night that stands out in my mind is when Warrant opened up for Skid Row.

Our cosmetology teacher, Mrs. G., was a pretty cool lady. She was married to the principal of my high school, and she always encouraged us to be independent and make our own money. She was really ahead of her time in so many ways, and while she was in the business of beauty, she balanced it with drilling into our heads that we should earn enough money to never settle for being taken care of by the wrong man. Mrs. G. was also a lot of fun, and when she realized that her entire class was going to a concert a few hours after school let out, she gave us a free day. She always stressed the importance of getting ready for a special event, and this qualified as such, so we spent the afternoon washing, drying, teasing, and curling each other’s hair to ‘80s helmet-head perfection.

It had been a few years since I had last set foot in the skating rink, and as I paid at the door and walked in with my friends, I realized how different the energy was compared to the last time I had been there—or even the first time!

My first time in that building on skates had been more than a decade earlier with my mom. She had bought me metal skates that fit over my sneakers, and after I learned how to navigate the cracks in the sidewalks without falling, she took me to the rink. I fell in love with skating for real on that very first afternoon.

Disco had been blaring as I’d held her hand and hugged the wall. I kept falling; skating on the hardwood floor was so much smoother than the neighborhood sidewalks that it was hard for me to find my balance. Eventually, I got a little braver and hugged the wall without mom. I loved watching the big light-up board at the end of the rink that declared who was meant to be on the floor. Couples skate, ladies skate, men’s skate… the possibilities seemed almost endless and were timed to drum up anticipation. By the end of that very first skating session, I was doing just fine on my own, and even jumping in on triple skate songs with friends from school.

Roller skating became a passion of mine, and I begged to go every week because it was what all the kids in my neighborhood did. Every party was held at that rink, and I always knew if I was lucky enough to get through the front door, I would find friends to skate with.

A big chunk of my childhood had been spent in that building, and so many snippets of frozen moments came back to me as I found a spot on the floor to wait for Warrant to take the stage. Where once were hair ribbons and cartoon character T-shirts were now hair spray and leather jackets with the tightest jeans imaginable.

It was one more thing that I was trading in for the adult version, and the irony made me a little sad, at least until Warrant came out to play. My friends were all kind of obsessed with Jani Lane, the lead singer, while I was crushing on Warrant’s drummer, Steven Sweet. Halfway through the first song, I completely forgot where we were. Who knew that a rock band could actually sound good in such a little venue? They played most of the songs off their debut album, and Skid Row’s set afterward was just as great.

As we piled into the car to go home, we were even more excited than when we’d arrived. Not only had it been a great show, but everyone’s hair had held up too! The rink owners were really onto something, and any skepticism about live shows on my part was gone. I mean, we weren’t even home yet and we were already planning to attend some of the upcoming shows at the rink. I was also cautiously optimistic because, in this instance, I had traded in something from my childhood and really enjoyed the new, age-appropriate version. It proved to me in one small way that it could happen, that I could be forced to grow up and find myself not only embracing the changes but enjoying them.