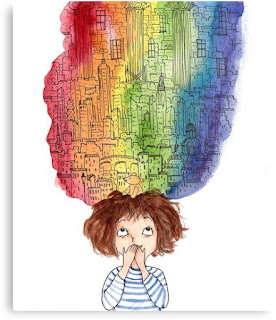 I can still see the look on the woman’s face when I sat down on one of the crappy folding chairs in her over-stuffed office, looked her straight in the eyes, and told her that I had been popping eating Xanax all weekend long and lived to tell about it. Sherry or Mary or whatever her name was looked at me in confusion and, in spite of supposedly being a counselor of some kind, she seemed to have absolutely no idea what to say to the eighteen-year-old sitting in front of her. I would have thought that it was her first day on the job, but she was older than dirt, and the sentimental stuff hanging on her corkboard looked to be from 1979. I guess that suicidal people are expected to fit a certain profile, and the profile didn’t include a ninety-five-pound blonde that appeared to have her shit together, even if she was a little bleary-eyed. The fact of the matter is that I had no idea how I’d ended up in her office. Sure, I vaguely remembered realizing that I was out of pills and not just alive, but goddammit I was awake. There was nothing left in the bottle. I was in a heap on the floor, not in my bed where I had curled up and calmly waited for sleep to turn into a permanent state of non-existence. I cried huge tears as my hazy brain started to take stock. No pills, no guns, and too afraid to open up a vein. That just seemed like it would really hurt, and I was already in enough pain, so I reached for the phone book and called a helpline.

The woman on the other end of the line somehow convinced me to “come in,” and so I did. Not only did I go in, but I was also allowed to go home again. I walked in fully expecting to be tossed into a nut bin for at least seventy-two hours, and maybe, just maybe, a little part of me was hoping for that. Instead, I seemed lucid and functional enough not to want to harm myself, even though I had just made a gallant effort.

While most of that day is a blur, the drive home is crystal clear. Nu Shooz was following me still. Okay, not really, but it seemed like everywhere I went, their song “I Can’t Wait” was playing in the background, and sure enough, there it was again on the car radio. I vividly recall being on a city street for probably the millionth time and thinking about how everything is always the same, and yet, on this particular day, it all felt different. Nothing and everything had changed in perfect unison. It was all exactly as I had left it, but this once familiar road felt completely foreign.

Now, many years later, I fear death. When someone passes, I do the math on how old they were when our lives first intersected. I’m very aware of the crushing reality that I’m at an age where people get sick or die suddenly. The thought of what comes next coupled with imagining my kids without a mother is really too much for me to grapple with now. But back then, I wanted to die. Plotted my demise and found peace in my decision. It was no attention-grab or ploy to make my family feel guilty. I was done. Except that I wasn’t, and it was pretty obvious that no one was going to help me figure out how to be okay.

I drove around for hours because I really felt like I had nowhere to go and nothing to say. I had tried getting help from a complete stranger who was paid to help and failed. There was no way in hell that I was going to confide in anyone that was close to me. I’m not sure what embarrassed me more: that I seemed to suck at life or the fact that I most certainly sucked at death. I couldn’t get anything right, and yet here I was facing the toughest task ever: figuring out how to live. I wasn’t sure how to do that either, so I just drove because, for my dad, that always seemed to be the answer. Drive when you’re mad, drive when you need to clear your head, and for the love of God, if you hear sirens or see a plume of smoke, then it is most definitely “time to take a little ride,” as he would say.

Driving seems like the perfect way to escape, but the irony of the situation was that the thing I needed to run from most was right there in the car clutching the steering wheel. I started to think back to all those moments in my life when being in the car with my dad seemed pretty perfect. Like when I was five and dancing around the back seat to “Copacabana,” because back then no one seemed to think that buckling up was a true life-or-death decision. Or all those Saturday afternoon trips to a mall twenty miles away. I used to sit on the righthand side of his old Buick’s big backseat and wait for the good songs to come on the radio. How I loved that ride, which began with music and ended with a book, a 45 record, and a piece of pizza from Dino & Francesca’s mirror-covered restaurant.

There were also those two-hour drives to get to Mom’s religious conventions. Believe me when I tell you that the time spent in the car was by far the best part. My mom’s “Assembly Hall” was in the middle of nowhere and seated 1,200 people. The die-hard conventioneers would gather for a 10-hour day to hear various church elders remind them of the laundry list of things that would get them sent straight to hell, or worse, shunned by the congregation that agape loved them conditionally. They would take notes and highlight scriptures while I methodically counted the itty-bitty ceiling squares, daydreamed of boys, and sang complete albums to myself in my head. The ride home from that torture was the best gift that my dad could give me.

On this day, basically the first one of my real adult life, I would have given anything to be a passenger in the comfort of Dad’s car. Even if the destination was lackluster, there was never any doubt that we would arrive in one piece. I could sit behind the wheel and crank the radio, but the truth of the matter was that I had absolutely no idea how to drive myself from the cliff-like ledge of self-loathing back onto an open road filled with possibilities and reasons to live. I could see that the journey back to the real world, one where people weren’t vilified for wearing a skirt above their knee or kissing a guy that was hot (without him being marriage material) was going to be a long one.

Sure, I made it out of religious imprisonment, but I was so messed up by the ten-year ordeal that I had actually convinced myself that death would be better than trying to unravel the collateral damage my life had become. I was no longer sure if death would have been better, but it was most certainly the easier of the two. Not only was I broken, but I was also missing the tools to fix things. It was just me and my radio, as it really always had been. I was alone, but not really, because I had Foreigner, Def Leppard, and Nu Shooz to keep me company, and for the first time, no one could take them away.